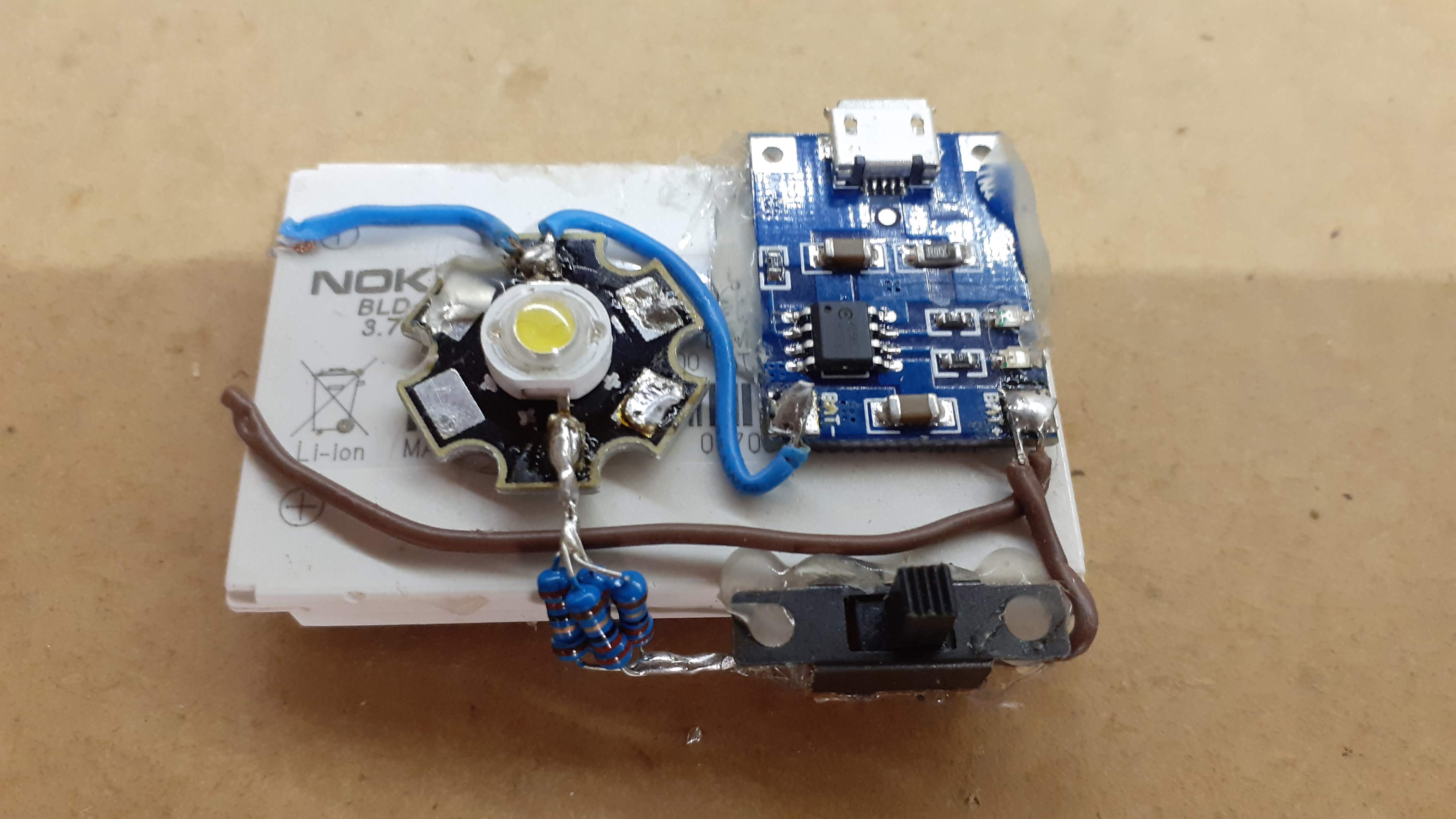 I Have A Thing For Li-Ion Batteries and LED's.

I have gone through a lot of mobile phones, mostly given to me by my kids who always seem to want the latest and greatest phones. I myself have upgraded my phones but mostly to keep the Android Apps I use "relevent". Over the years I've accumulated phones, cables, chargers (I like re-using these as well), batteries, manuals, boxes etc. This post is specifically related the 3.7V Li-Ion batteries with inbuilt protection. 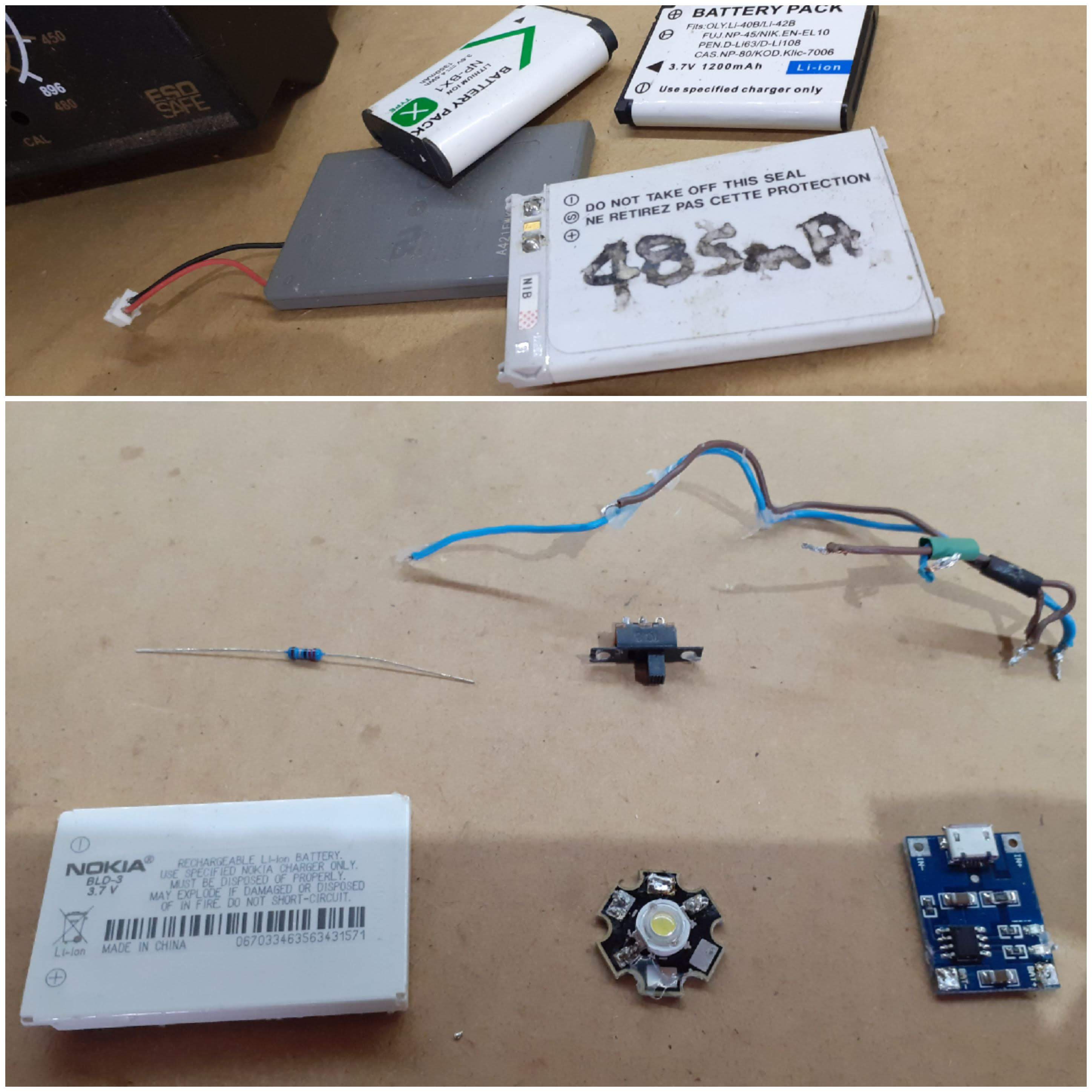 This small DIY project is very basic, just a handful of extremely cheap ebay componants with minimal soldering, the 3 parts all mounted directly onto the battery using a glue gun.

The soldering is basic and straight forward 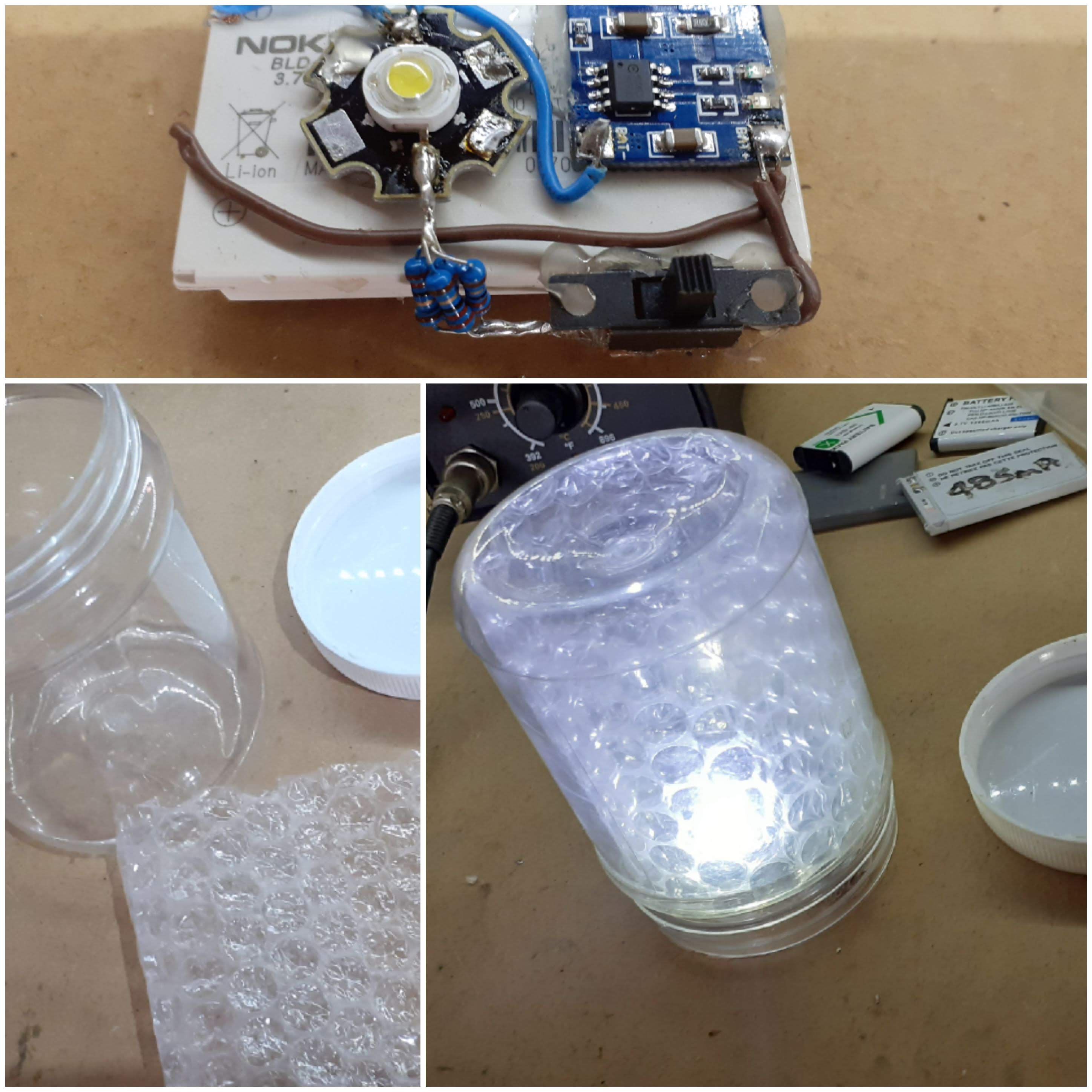 For me, that is the end of this project. I made 10 of these, fully charged them up then stored then in a kitchen cupboard. On a 4 monthly schedule (sometimes I forget, even after 8 months) I pull them out, switch them on to see if they are OK, charge then stored onced again. I haven't had 1 failure yet.

Not looking too professional I did make an attempt of creating a somewhat pleasing housing. A plastic Mayonaise Jar (labels removed) with bubble wrap pushed inside and threw away the lid. This sits over the mobile phone battery. Looks neat at night!

Just a reminder for those not familiar with Li-Ion batteries. They do not last forever, from my research they can be recharged between 300-500 times. But considering they can be found in abundance or cheap to buy (brand new) this can still be a useful lighting system.

click on image to take you to my Steemit page

You can login with your Hive account using secure Hivesigner and interact with this blog. You would be able to comment and vote on this article and other comments.